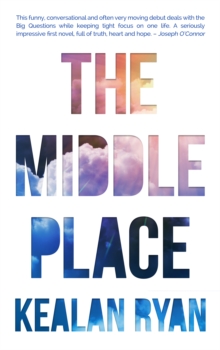 This funny, conversational and often very moving debut deals with the Big Questions while keeping tight focus on one life.

A seriously impressive first novel, full of truth, heart and hope. - Joseph O'ConnorA tour de force - a captivating debut novel, packed with punch, plot and pace - Muriel BolgerIt is shockingly readable - the reader is dragged in and pulled along.

It's naturalistic, honest, funny, and sad. I wasn't expecting that. Really quite wonderful. - Derek Landy A magnificent, heartfelt tale of love, family, loss and revenge, brimming with wit and wisdom both. -Anthony GlavinOne minute Chris had been having a smoke, talking to his wife, and the next minute he was dead, killed with one punch.

There's not a lot about being dead that he likes. He's stuck in this middle place with the ability to delve into the individual lives he cares about - to know what they are feeling and thinking.

He is beginning to realise that in life he wasn't such a great guy.

In death, he can't say goodbye to his wife, toddler son and friends.

He is determined to figure out how to haunt the person who killed him.

Chris wants to rise again, to live again. He wants to feel his wife again, feel the air in his lungs, feel the sea again but something won't let him go. 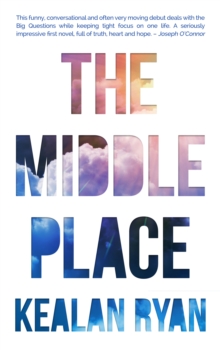