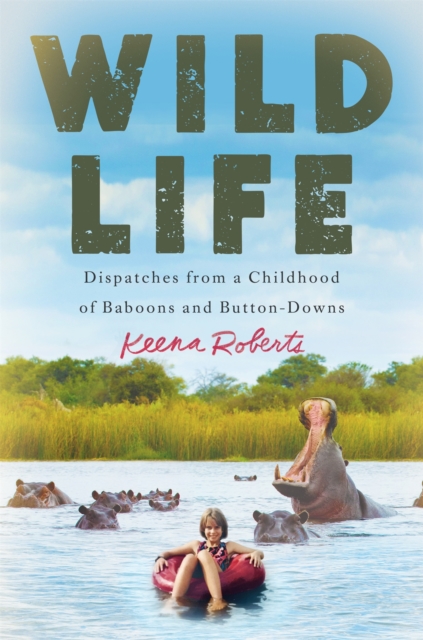 Wild Life : Dispatches from a Childhood of Baboons and Button-Downs Hardback

Keena Roberts split her adolescence between the wilds of an island camp in Botswana and the even more treacherous halls of an elite Philadelphia private school.

In Africa, she slept in a tent, cooked over a campfire, and lived each day alongside the baboon colony her parents were studying.

She could wield a spear as easily as a pencil, and it wasn't unusual to be chased by lions or elephants on any given day.

But for the months of the year when her family lived in the United States, this brave kid from the bush was cowed by the far more treacherous landscape of the preppy, private school social hierarchy. Most girls Keena's age didn't spend their days changing truck tires, baking their own bread, or running from elephants as they tried to do their schoolwork.

But Keena's parents were famous primatologists who shuttled her and her sister between Philadelphia and Botswana every six months.

Dreamer, reader and adventurer, she was always far more comfortable avoiding lions and hippopotamuses than she was dealing with spoiled middle-school field hockey players.

In Keena's funny, tender memoir, Wild Life, Africa bleeds into America and vice versa, each culture amplifying the other.

By turns heartbreaking and hilarious, Wild Life is ultimately the story of a daring but sensitive young girl desperately trying to figure out if there's any place where she truly fits in.