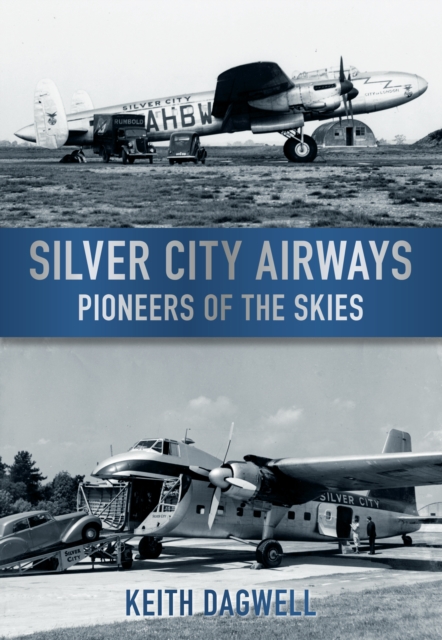 When the only alternative was a slow sea crossing, Silver City became the carrier of choice for business people and the celebrities of their day who wanted to take their vehicles across the Channel.

Everyone who was anyone, from the Prime Minister to royalty, flew Silver City.

Based in Kent on the Dungeness Peninsular, and eventually expanding to Southampton, in its hey-day the airline ran 240 flights a day and was busier than Heathrow!

Silver City Airways achieved far more than the car ferry service, however, and the extraordinary airline has a fascinating history.

From playing a part in the Berlin Airlift to freighting racehorses, and from running scheduled passenger flights around the country to breaking speed records across the Atlantic and flying Dakotas in the Libyan desert, this book follows its story.