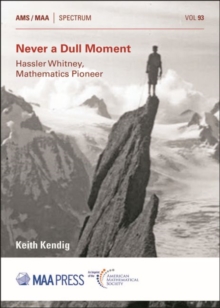 Part of the Spectrum series

Hassler Whitney was a giant of twentieth-century mathematics.

This biography paints a picture of him and includes dozens of revealing anecdotes.

Mathematically, he had a rare detector that went off whenever he spotted a piece of mathematical gold, and he would then draw countless pictures, gradually forging a path from hunch to proof.

This geometric path is seldom reflected in the rigor of his formal papers, but thanks to a close friendship and many conversations over decades, author Kendig was able to see how he actually worked.

This book shows this through accessible accounts of his major mathematical contributions, with figures copiously supplied. Whitney is probably best known for introducing the grandfather of today's innumerable embedding theorems--his strong embedding theorem stating that any smooth manifold can be smoothly embedded in a Euclidean space of twice the manifold's dimension.

This in turn led to several standard techniques used every day in algebraic topology.

He almost never used complicated technical machinery, so most of his work is accessible to a general reader with a modest mathematical background. His math-music connection was intense: He played piano, violin, and viola and won ``best composition of the year'' while earning a Bachelor's degree in music at Yale.

He was an accomplished mountain climber, and as a tinkerer, at age sixteen he built the large-format camera used to take this book's cover photograph.

This biography is a revealing portrait of a fascinating personality and a titan of twentieth-century mathematics. 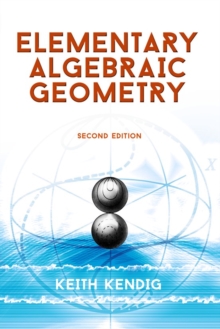 Also in the Spectrum series   |  View all 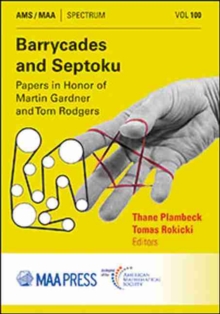 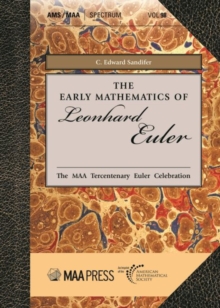 The Early Mathematics of Leonhard Euler 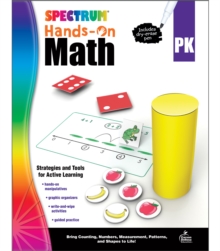 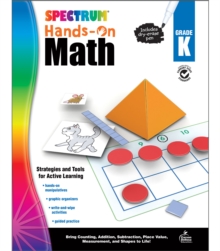