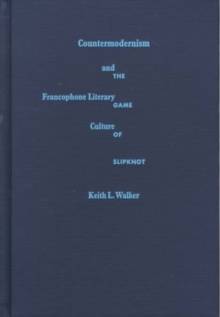 Countermodernism and Francophone Literary Culture : The Game of Slipknot Hardback

Keith L. Walker traverses the traditionally imposed boundaries of geography and race as he examines the literary culture produced by French speakers and writers born outside France.

Focusing on the commonalities revealed in their shared language and colonial history, Walker examines for the first time the work of six writers who, while artistically distinct and geographically scattered, share complex sensibilities regarding their own relationship to France and the French language and, as he demonstrates, produce a counterdiscourse to their colonizers' modern literary traditions. Martinique, French Guyana, Senegal, Morocco, and Haiti serve as the stage for the struggle these writers have faced with French language and culture, a struggle influenced by the legacy of Aime Cesaire.

In his stand against the modernist principles of Charles Baudelaire, Walker argues, Cesaire has become the preeminent francophone countermodernist.

A further examination of the relationships between Cesaire and the writers Leon Gontron Damas, Mariama Ba, Tahar Ben Jelloun, Ken Bugul, and Gerard Etienne forms the core of the book and leads to Walker's characterization of francophone literature as having "slipped the knot," or escaped the snares of the familiar binary oppositions of modernism.

Instead, he discovers in these writers a shared consciousness rooted in an effort to counter and denounce modernist humanist discourse and pointing toward a new subjectivity formed through the negotiation of an alternative modernity. 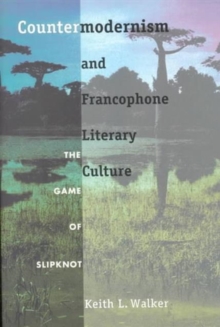