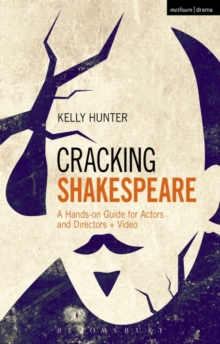 Cracking Shakespeare serves to demystify the process of speaking Shakespeare's language, offering hands-on techniques for drama students, young actors and directors who are intimidated by rehearsing, performing and directing Shakespeare's plays. For some artists approaching Shakespeare, the ability to capture the dynamic movement of thought from mind to mouth, and the paradox of using the formality of verse to express a realistic form of speech, can seem daunting.