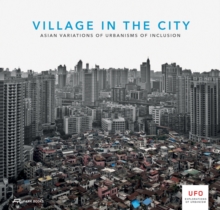 'Village in the City' investigates an equally specific and spectacular urbanisation process that many regions in China have been undergoing during the past two decades.

The massive scale and the unprecedented speed of this process imply an incredible multiplicity of 'villages in the city'.

As such there are as many counter figures as there are "regular" and "normalised" urban environments that engulf these villages.

Village in the City opens a window on recent research on the dynamic transformation processes villages in China are undergoing to become (parts of) cities, and contextualises this specific contemporary Chinese phenomenon in a comparative perspective for all of Asia, i.e. including India, South East Asia, and China. And it situates this development also in the history of urbanisms of inclusion.