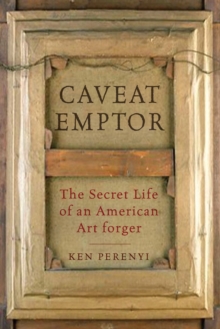 Ten years ago, an FBI investigation in conjunction with the U.S.

Attorney's Office in the Southern District of New York was about to expose a scandal in the art world that would have been front-page news in New York and London.

After a trail of fake paintings of astonishing quality led federal agents to art dealers, renowned experts, and the major auction houses, the investigation inexplicably ended, despite an abundance of evidence collected.

The case was closed and the FBI file was marked "exempt from public disclosure." Now that the statute of limitations on these crimes has expired and the case appears hermetically sealed shut by the FBI, this book, Caveat Emptor, is Ken Perenyi's confession.

It is the story, in detail, of how he pulled it all off. Glamorous stories of art-world scandal have always captured the public imagination.

However, not since Clifford Irving's 1969 bestselling Fake has there been a story at all like this one.

Caveat Emptor is unique in that it is the first and only book by and about America's first and only great art forger. And unlike other forgers, Perenyi produced no paper trail, no fake provenance whatsoever; he let the paintings speak for themselves. And that they did, routinely mesmerizing the experts in mere seconds. In the tradition of Frank Abagnale's Catch Me If You Can, and certain to be a bombshell for the major international auction houses and galleries, here is the story of America's greatest art forger. 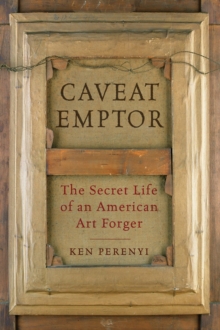 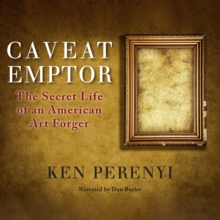