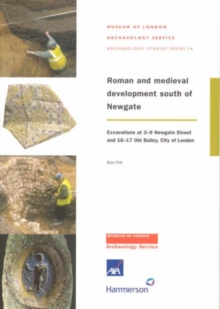 Important new evidence of Londons 2nd-century AD Roman pottery industry has been found along the western side of a tributary of the Walbrook stream.

The findings indicate that much of the pottery thought to have been produced outside the settlement may come from these kilns.

Pottery production went into decline in the second half of the 2nd century AD, though residual evidence was found of nearby glass working and other industries.