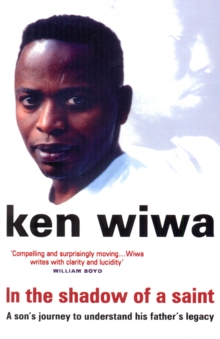 In The Shadow Of A Saint Paperback / softback

My father. That's what this is all about. Where does he end and where do I begin?'Ken Saro-Wiwa was executed in November 1995.

One of that country's best loved writers and an outspoken critic of military rule, he was a prime mover in bringing the human rights abuses of Shell Oil and the Nigerian Military to the attention of the world.

His death was headline news internationally. The name of Ken Saro-Wiwa became a potent symbol of the struggle between a traditional way of life and the juggernaut of global commercial interests. What was it like to grow up with such a politically active and socially conscious father?

How do you come to terms with your father's life, his imprisonment and execution?

How do you cope with the endless international press speculation about your father's life and character? And how do you respond when international attention is focused on you?

How do you make your own way in life against your father's expectations of you, especially when you carry the same name?

How do you live with such a complex personal history?This frank and memorable depiction of Ken Wiwa's childhood and relationship with his father vividly recounts the journey he took to answer those questions.

Ultimately though, it is the story of how Ken Wiwa went looking for his father and ended up finding himself. 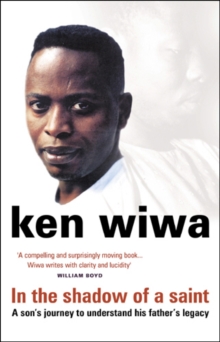 In The Shadow Of A Saint