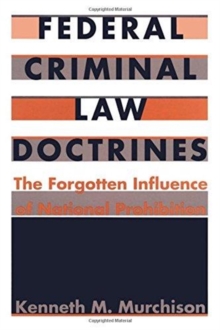 This book offers a close look at the development of legal thought during the era of prohibition and documents the impact of prohibition on law as an intellectual discipline.

Kenneth M. Murchison examines changes in federal criminal law doctrines from 1918 to 1933 in light of recent historical scholarship on prohibition and its impact on American society.

He identifies these federal doctrinal developments as an important but ignored legacy of prohibition and describes how these changes continue to effect contemporary law. In this detailed examination, Murchison considers a portion of the Supreme Court's work prior to the New Deal crisis, a period insufficiently considered until now.

Among the developments he discusses are those relating to the defense of entrapment, the Fourth Amendment's protection against unreasonable search and seizure, the Fifth Amendment's prohibition against double jeopardy, property forfeitures, and the jury trial guarantees for criminal proceedings.

Thus, Murchison offers a framework for a revisionist view of the Supreme Court's activities during this period.

Exploring an important connection between the Eighteenth Amendment, the Volstead Act, and the development of federal criminal law, this book documents what was arguably the nation's first criminal law revolution at the federal level.

Federal Criminal Law Doctrines will add immeasurably to the work of historians and legal scholars alike. 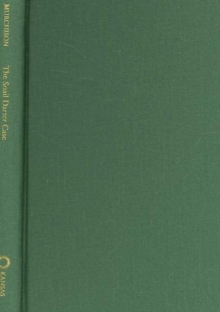 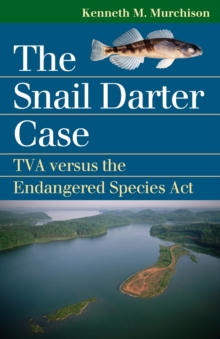