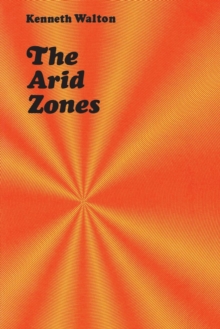 The hot and temperate deserts and their marginal steppe lands comprise one-third of the land surface of the world and are an increasingly critical area for the economic wellbeing of world populations.

The remarkable mechanisms of floral, faunal, and human adaptation to the distinct and difficult environment of these arid zones, as well as the potential of modern technology for facilitating adaptation, are described and explained by Walton in the light of our most recent knowledge of the phenomena and processes involved. Beginning with a clarification of the definitions of arid and semi-arid regions and with the delineation of techniques for measuring the degree of aridity in these areas, the author shows that there is wide variation among the arid zones in landscape and climate and that there are numerous local and microclimates within any single arid region.

The life cycles of the plants and animals of the arid zones are described and the water resources, including problems of salinity, mineral contamination, and the construction of reservoirs, are examined.

Extensive treatment is given to potential agricultural adaptations and to pastoralism as the most widespread response to dry land.

A final chapter summarizes attempts at adaptation to prevailing drought and discusses the kinds of future development that the author deems most likely in arid zones. Throughout the book emphasis is placed on specific, detailed analysis, with adequate tables and formulas for in-depth understanding of particular aspects of aridity.

Examples from both Old and New Worlds are used to demonstrate the spheres in which progress is being made and to show the mistakes in past and present land use in arid areas.

An essential supplement for courses in physical geography, the book will be useful in many area studies and in studies of economic development. 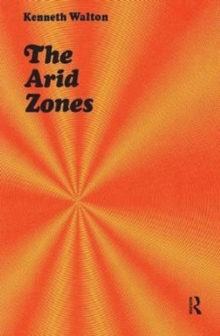