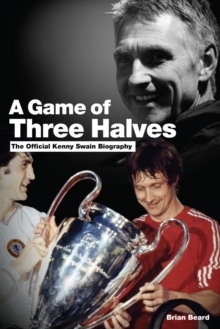 A Game of Three Halves is the official biography of Kenny Swain.

It tells the tale of the man who quit teaching to sign for Chelsea, the glamour club of the 1970s, and then moved on to Aston Villa where - having converted from striker to a full-back role - he played his part in winning the First Division championship and the European Cup.

Next, Kenny was signed by Brian Clough at Nottingham Forest, and he now paints an evocative personal picture of the most charismatic and controversial manager in English football history.

Portsmouth and Crewe were the last clubs to figure in an illustrious career that saw him play more than 100 games for five different clubs.

Today, Kenny works in the England set-up, heading up the FA's talent ID programme, and has helped develop players such as Michael Owen, Joe Cole and Danny Welbeck.