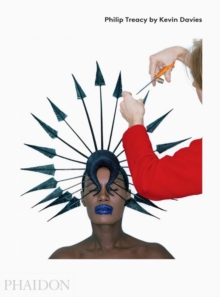 Philip Treacy is one of the world's most famous and influential milliners.

Milliner of choice for designers including Alexander McQueen, Karl Lagerfeld, Valentino and Chanel, Treacy is also the first milliner invited to have his own show during Paris couture week. Intensely private, Treacy is averse to having outsiders watch him while he works.

However, photographer Kevin Davies, close friend of the designer for over 20 years, has documented his unique access to the milliner and his fantastical studio, capturing moments with Treacy on his own, with his muses, or fitting his iconic creations.

With over 200 photographs accompanied by anecdotes and insights by both Treacy and Davies, this book reveals the extraordinary world and creative genius of a highly influential figure.