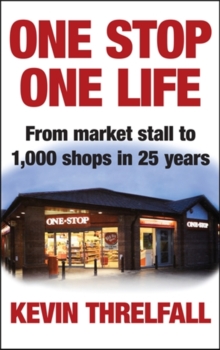 In the 1970s Kevin Threlfall built up the chain of Lo-Cost discount stores from a single grocery stall on Cannock market. Having sold out to RCA of America he then went on to build an empire of 1,215 shops in just 25 years from a single cigarette kiosk on Wolverhampton market. Trading as Supercigs, Dillons, Preedy, One-Stop and Day & Nite, T&S Stores plc became the largest specialised convenience store group in Britain, eventually selling out to Tesco in 2002 for GBP530 million. But it was not all plain sailing, as among other challenges he survived having his appendix removed without anaesthetic.

Then on 23 April 2014, before completing this book, he dropped down dead for 40 minutes on the golf course and was saved only by the actions of his quick-thinking golf partners. This is the remarkable story of his life, in which passion, hard work, good timing and luck all played a part in bringing together a fascinating tale that is a real page-turner of a book. 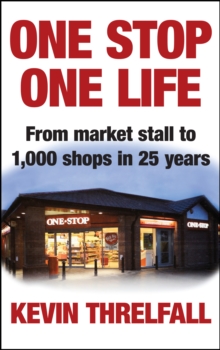 One Stop, One Life