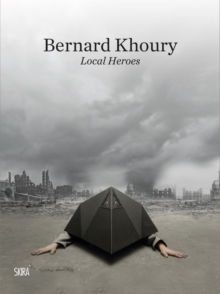 TheWrong Approach investigates the various events and personalities that shaped the context within which architect Bernard Khoury had to operate; particularly that of Beirut as it emerged from the early post-war 1990s up to its present state of uncontrolled dissonance.

In keeping with the architect's approach, the book is brimming with contradictions and does not seek to portray his work in light of consensual definitions of context and territory; rather than an attempt to theorise the architect's motivations and objectives, it reads like a sort of counter-manifesto.

The volume is composed of four distinct sections: the narrative, the album, the index and the synopsis of characters mentioned in the text.

Even though the narrative begins to unfold at the very start of Khoury's career, it deviates from a generic timeline resume taking on the rhythm of a story punctuated by bullet-points: projects and events that were critical in forming the architect's approach and his resistance against the prevailing trends of the profession.

Following the text is the album, a purely pictorial passage of photographs and drawings that span the his entire career.

Then the index couples every image with a concise critical writing, addressing and expanding on issues that are mentioned in the narrative.

The last section of the book is dedicated to the aforementioned characters of the narrative, revealing the people behind the aliases and their associations with the architect.