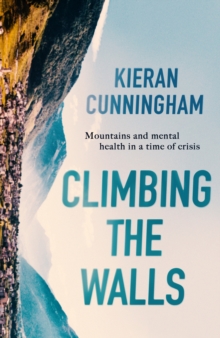 A memoir full of heart about mountain climbing, mental health and how to adapt and cope in a time of crisis. After spending a decade restlessly globetrotting in search of a way of lifethat worked for him, six years ago journalist Kieran Cunningham alighted on Sondrio, a small town in Lombardy, Italy.

A stone's throw from the Alps, there he found a lifestyle that worked for him - fresh mountain air, a strong network of local friends and lots and lots of climbing.

Finally he was able to accept and manage his diagnosis of Bipolar I. And then Lombardy found itself the European epicentre of Covid-19. What does a climber do when his beloved mountains are off limits?

When he's only permitted to leave the house for his weekly sanctioned grocery shop?

When all the things that help him maintain his delicate equilibrium are taken away?

As Kieran felt his mental health begin to crumble and realised he was perilously low in medication, he turned to the one thing that would help rid him of his excess energy and hopefully get him back on track: climbing.

However, now he could only climb the walls of his house. Climbing the Walls is a memoir about mental health and the power of nature and exercise.

From learning to appreciate the rhythms and characters of small-town Italian life, to sleepless, panicky nights as he feels his moods race, Kieran's lockdown veers from the mundane to the extreme.

While he navigates the wall above his front door over and over in the shadow of the mountains, he can only dream of that first euphoric climb.