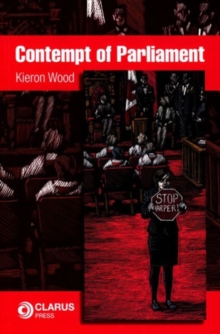 Four centuries ago, when lawyer Edward Floyde insulted the King of England's children, he was sentenced to ride backwards on a horse without a saddle across London, a 'K' was branded on his forehead and he was fined GBP5,000 and imprisoned for life.

Floyde had been found guilty of contempt of Parliament.

Today, contempt of Parliament generally attracts less onerous penalties but, as the Canadian government found to its cost in 2011, misleading Parliament can have unforeseen consequences.

The Speaker of the Canadian House of Commons, Peter Milliken - the author of the foreword to this book - declared the government in contempt, and it fell on a motion of no confidence.

It was the first time that a common law government had been toppled by the ancient laws on contempt of Parliament.

This book, by Irish barrister Kieron Wood, looks at the long history of Parliamentary privilege, considers the sort of actions that constitute contempt of Parliament - from protests in the chamber to fights between Members - examines the rights of common law Parliaments to decide their own privileges, and scrutinises the punishments that may be imposed for contempt and the proposals for change. 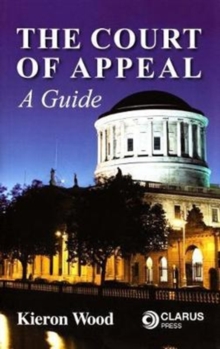 The Court of Appeal