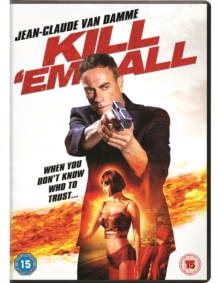 When a group of elite assassins are drugged, kidnapped and taken to a battle complex, they are forced to fight each other to the death.

As numbers begin to dwindle, the remaining few including The Kid (Tim Man), Gabriel (Johnny Messner) and Som (Ammara Siripong) make a decision to stop killing each other and instead focus their attention on their captors, leading to a showdown with criminal kingpin Snakehead (Chia Hui Liu).