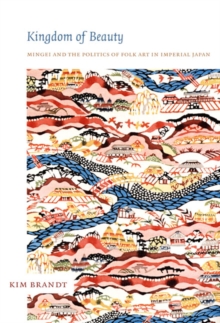 Kingdom of Beauty : Mingei and the Politics of Folk Art in Imperial Japan Hardback

A Study of the Weatherhead East Asian Institute, Columbia UniversityKingdom of Beauty shows that the discovery of mingei (folk art) by Japanese intellectuals in the 1920s and 1930s was central to the complex process by which Japan became both a modern nation and an imperial world power.

Kim Brandt's account of the mingei movement locates its origins in colonial Korea, where middle-class Japanese artists and collectors discovered that imperialism offered them special opportunities to amass art objects and gain social, cultural, and even political influence.

Later, mingei enthusiasts worked with (and against) other groups-such as state officials, fascist ideologues, rival folk art organizations, local artisans, newspaper and magazine editors, and department store managers-to promote their own vision of beautiful prosperity for Japan, Asia, and indeed the world.

In tracing the history of mingei activism, Brandt considers not only Yanagi Muneyoshi, Hamada Shoji, Kawai Kanjiro, and other well-known leaders of the folk art movement but also the often overlooked networks of provincial intellectuals, craftspeople, marketers, and shoppers who were just as important to its success.

The result of their collective efforts, she makes clear, was the transformation of a once-obscure category of pre-industrial rural artifacts into an icon of modern national style. 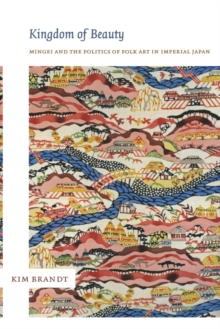