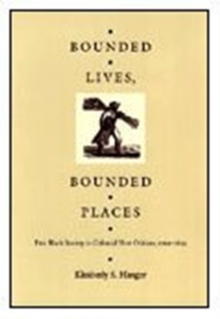 During Louisiana's Spanish colonial period, economic, political, and military conditions combined with local cultural and legal traditions to favor the growth and development of a substantial group of free blacks.

In Bounded Lives, Bounded Places, Kimberly S. Hanger explores the origin of antebellum New Orleans' large, influential, and propertied free black-or libre-population, one that was unique in the South.

Hanger examines the issues libres confronted as they individually and collectively contested their ambiguous status in a complexly stratified society. Drawing on rare archives in Louisiana and Spain, Hanger reconstructs the world of late-eighteenth-century New Orleans from the perspective of its free black residents, and documents the common experiences and enterprises that helped solidify libres' sense of group identity.

Over the course of three and a half decades of Spanish rule, free people of African descent in New Orleans made their greatest advances in terms of legal rights and privileges, demographic expansion, vocational responsibilities, and social standing.

Although not all blacks in Spanish New Orleans yearned for expanded opportunity, Hanger shows that those who did were more likely to succeed under Spain's dominion than under the governance of France, Great Britain, or the United States. The advent of U.S. rule brought restrictions to both manumission and free black activities in New Orleans.

Nonetheless, the colonial libre population became the foundation for the city's prosperous and much acclaimed Creoles of Color during the antebellum era. 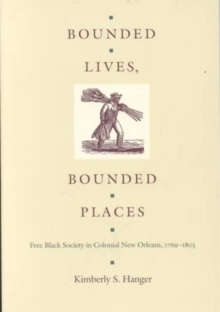