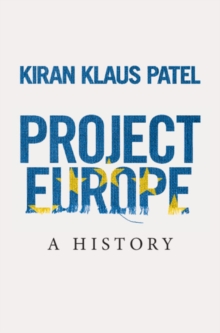 Today it often appears as though the European Union has entered existential crisis after decades of success, condemned by its adversaries as a bureaucratic monster eroding national sovereignty: at best wasteful, at worst dangerous.

How did we reach this point and how has European integration impacted on ordinary people's lives - not just in the member states, but also beyond?

Did the predecessors of today's EU really create peace after World War II, as is often argued?

How about its contribution to creating prosperity? What was the role of citizens in this process, and can the EU justifiably claim to be a 'community of values'?

Kiran Klaus Patel's bracing look back at the myths and realities of integration challenges conventional wisdoms of Europhiles and Eurosceptics alike and shows that the future of Project Europe will depend on the lessons that Europeans derive from its past.