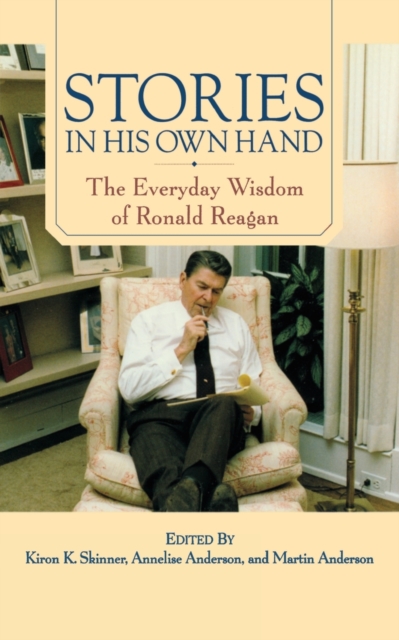 Stories in His Own Hand : The Everyday Wisdom of Ronald Reagan Paperback / softback

Ronald Reagan loved to tell stories. Sometimes he used them to break the ice, or to prove a point, but very often he used them to inspire, to uplift, and to remind his listeners of what matters most in life.

Recently, in the archives of the Reagan Library, researcher Kiron Skinner unearthed a trove of handwritten Reagan manuscripts from the late 1970s, over 650 in all, which included some priceless examples of Reagan's storytelling abilities.

Stories in His Own Hand reproduces the best of these deeply personal anecdotes. Skinner, along with longtime Reagan aides and scholars Annelise and Martin Anderson, has carefully documented the extent of Reagan's manuscripts, which originated as radio transcripts.

Earlier, in the bestselling Reagan, In His Own Hand, the editors compiled a broad range of Reagan's policy-oriented essays from this collection, showing an astonishing breadth of vision concerning nearly every issue he would face as president.

Here they reveal a different Ronald Reagan: not the political but the personal man, not the executive but the teacher. Here is Reagan on men and women, life and death, family and friends.

Here is a man who loved to tell a story to make us all stop, listen, and think about what it means to be human.