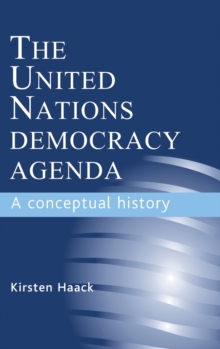 The United Nations Democracy Agenda is a critical, conceptual-historical analysis of democracy at the United Nations, detailed in four 'visions' of democracy: civilization, elections, governance and developmental democracy. "I know it when I see it" were the famous words of US Supreme Court Justice Potter Stewart on defining obscenity.

It is with the same conviction and (un)certainty with which liberal peacebuilders and democracy promoters have used democracy to achieve both the immediate goals of peacekeeping and the broader, global mission of the United Nations.

Today democracy may have gained an international dimension, yet its success as an organizational practice depends on how democracy has been defined.

Drawing on political theory and democratization scholarship, The United Nations Democracy Agenda questions the meaning of this well-'known' idea.

The book analyses the way in which the UN, through its Secretary-General, relevant agencies and organizational practices, have thought about, conceptualized and used democracy.

The United Nations Democracy Agenda shows that while the idea of democracy's 'civilizing' nature has played a prominent part in its use by the UN, an early focus on sovereignty and self-determination delayed the emergence of the democracy agenda until the 1990s.

Today, a comprehensive democracy agenda incorporates not only elections but a broad range of liberal democratic institutions.

Despite this, the democracy agenda is at an impasse, both practically and philosophically.

The United Nations Democracy Agenda questions whether an extension of the UN democracy agenda to include 'developmental democracy' is feasible. -- . 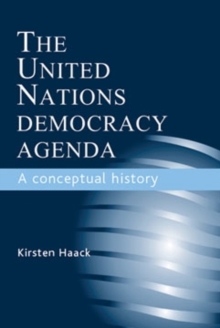