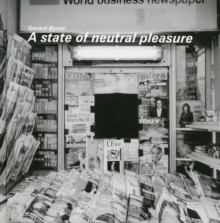 Renowned for his films installations which re-enact conversations from specific historic moments, Irish artist Gerard Byrne's (b. 1969) work explores the way we understand the present through revisiting the past.

Drawing from a diverse range of sources including plays, magazine interviews and art journals, his film installations and photographs engage with the structuring of time, with looking and interpretation and the idea of the object throughout the twentieth century. His work has received great critical acclaim from within the art world, but also from other fields that his work engages with, such as cinema and the performing arts.

Byrne has exhibited widely in Europe and America and his work is held in important international collections such as Tate, London; Hirshhorn Museum, Washington; Irish Museum of Modern Art, Dublin and the Arts Council of Ireland.

He currently lives and works in Dublin, Ireland. This publication offers a comprehensive overview of his work from 1998-2012 and includes an in-depth interview with Kirsty Ogg, Curator, Whitechapel Gallery, and essays by poet/critic and Professor of English at New York University Lytle Shaw and Helena Reckitt, curator/critic and Lecturer in Curating at Goldsmiths. 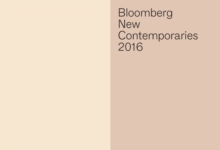