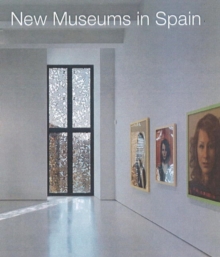 Text in English and German. Spanish museum architecture has experienced a marked upturn since the 1990s, helping even small towns off the tourist beaten track to acquire extraordinary museum buildings.

This is expressed most visibly without a shadow of a doubt in Frank O Gehry's Guggenheim Museum in Bilbao.

But there are not just the international stars who have contributed to this success.

Spanish architects in particular have designed unique museums that have changed the look of whole towns.

One example is the Museo de Arte Contemporaneo de Castilla y Leon in Leon in Castille, built by the Madrid architects Mansilla + Tunon.

Rafael Moneo, who recently completed the annexe for the Museo del Prado in Madrid is still the undisputed leading figure in Spanish architecture, but in the meantime architects like Mansilla + Tunon, who trained under Moneo, are attracting attention internationally as well as in Spain, and so are young talents who have just left architecture school and are successfully designing museums.

Spanish architects use a wide variety of formal languages. And yet there are some characteristics that apply to them all: they have never been interested in the games Postmodernism plays; many of them value reinterpreting regional building traditions in a modern way; they are also sensitive to special features of the existing topography.

Kenneth Frampton said in this context that Spanish architecture essentially runs counter to the globalisation tendencies that are increasingly reducing architectural form to a comfortable aesthetic product.

The present book, which is also suitable as a museum guide, shows that this tendency is particularly conspicuous in the new museums.