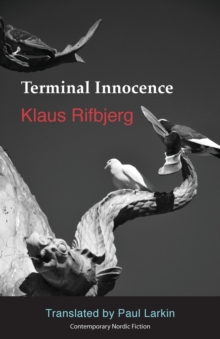 It is the story of the unequal friendship between two teenagers, Janus and Tore, told from the point of view and in the schoolboy slang of the hero-worshipping Janus.

Tore is a gifted student, mature beyond his years, effortlessly able to impress teachers and fellow pupils alike with his knowledge and charm.

It is a foregone conclusion that he will fall in love at the school dance with the equally peerless Helle, and she with him; together they are the school's golden couple.

It seems they will achieve a perfect union; but there is a snake in Paradise in the form of Helle's mother, fru Junkersen.

Janus watches helplessly as the golden dream turns into a nightmare which destroys the two young lives, and he realises his own complicity in perpetuating an unsustainable myth.

Rifbjerg has been a central figure in Danish literary life - as novelist, poet, playwright and cultural commentator - for the last sixty years, publishing works at an astonishing rate, around 175 in all.

This novel, which was his first, is generally acknowledged to be his masterpiece.