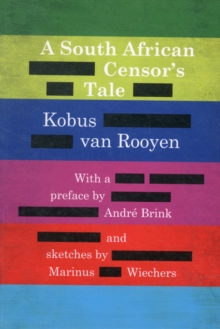 Barry Ronge says: "In my career as a film reviewer I often crossed paths - and a sword or two - with Prof.

Kobus van Rooyen at the Publications Appeal Board. It was during the height of the Nationalist Party's draconian censorship decisions.

It was fascinating to see his insight beyond the immediate situation and how his practical, softly-spoken arguments led to landmark decisions.

He broadened the space for honesty and topicality, and I remember, with awe, his championship of the Biko film Cry Freedom.

Prof. van Rooyen was looking ahead with lucid clarity to a rapidly changing future.

I believe the battle he fought then, has paved a path for the South African film industry that led to films like Tsotsi and Gangster's Paradise: Jeruslema and that current young film-makers have their freedom and opportunities in South Africa because of his fortitude."