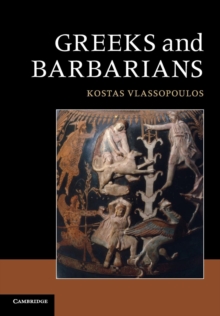 This book is an ambitious synthesis of the social, economic, political and cultural interactions between Greeks and non-Greeks in the Mediterranean world during the Archaic, Classical and Hellenistic periods.

These diverse interactions set into motion processes of globalisation; but the emergence of a shared material and cultural koine across the Mediterranean was accompanied by the diverse ways in which Greek and non-Greek cultures adopted and adapted elements of this global koine.

The book explores the paradoxical role of Greek culture in the processes of ancient globalisation, as well as the peculiar way in which Greek culture was shaped by its interaction with non-Greek cultures.