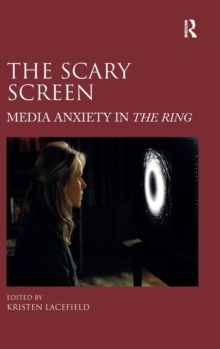 The Scary Screen : Media Anxiety in The Ring Hardback

In 1991, the publication of Koji Suzuki's Ring, the first novel of a bestselling trilogy, inaugurated a tremendous outpouring of cultural production in Japan, Korea, and the United States.

Just as the subject of the book is the deadly viral reproduction of a VHS tape, so, too, is the vast proliferation of text and cinematic productions suggestive of an airborne contagion with a life of its own.

Analyzing the extraordinary trans-cultural popularity of the Ring phenomenon, The Scary Screen locates much of its power in the ways in which the books and films astutely graft contemporary cultural preoccupations onto the generic elements of the ghost story"in particular, the Japanese ghost story.

At the same time, the contributors demonstrate, these cultural concerns are themselves underwritten by a range of anxieties triggered by the advent of new communications and media technologies, perhaps most significantly, the shift from analog to digital.

Mimicking the phenomenon it seeks to understand, the collection's power comes from its commitment to the full range of Ring-related output and its embrace of a wide variety of interpretive approaches, as the contributors chart the mutations of the Ring narrative from author to author, from medium to medium, and from Japan to Korea to the United States.