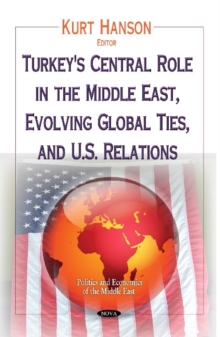 Since the Cold War era, when the United States began heavily investing in Turkey's military and defence operations, the United States and Turkey have enjoyed a fruitful and mutually beneficial relationship. Because of Turkey's geographic location, political stability, and recent economic success, the country has served as a strategic ally in U.S. foreign policy. This book discusses Turkey's central role in the Middle East, evolving ties and its relations with the United States.