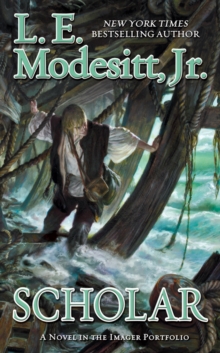 Hundreds of years before the time of Imager, the continent of Lydar is fragmented.

Quaeryt is a scholar, worried about his future and the escalating intrigues in Solis.

But just before he departs the city, he receives a letter that could well embroil him in the welter of court politics he had hoped to leave behind.

On top of that, on his journey to Tilbor he must face pirates, storms, poisonings, attempted murder...as well as the fact that he is not quite who he thought he was.