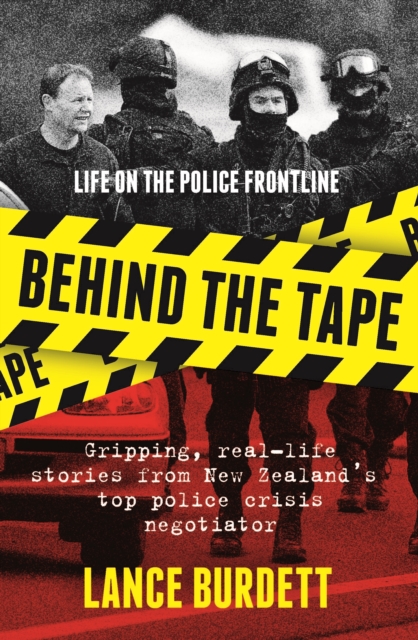 Behind the Tape : Life on the Police Frontline Paperback / softback

Lance Burdett was in the police force for twenty-two years, in a variety of high-level roles: head of negotiation team; running 111 centre; intelligence management; protection squad and emergency responders.

He worked on some of New Zealand's most high profile cases. His daily police life included frequent suicide interventions in high-profile locations, which were common call-outs for the negotiation team.

Lance talks about the different negotiation styles and challenges involved. He was involved in Australia/New Zealand anti-terrorism training, and played the role of terrorist over several days on site.

His story shows how quickly you can become indoctrinated and 'hate' your 'enemies'.

Lance also underwent FBI training in Washington where he found that New Zealand's negotiation skills held up well. My Life as a Police Negotiator tells what it's really like to be a cop: the fear, the stress, the everyday drama, the skills developed, the lives saved, the lives lost.

It's gritty, tough and confronting.