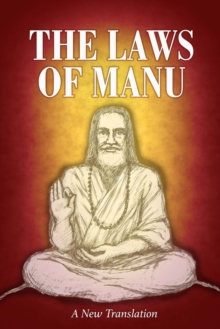 The Laws of Manu : A New Translation Hardback

This new translation offers a contemporary rendering of this ancient work which addresses fundamental questions of law and duty for all members of society.

One cannot but be impressed by the breadth of scope conjoined with sometimes minute and informative detail.

The Laws embody the genius of their originators whose minds could contemplate the full extent of human society and accommodate a code of conduct which would ensure its lawful and harmonious regulation.

The modern mind will certainly take issue with many of its directions and prohibitions, yet the same mind may also find within The Laws a source of inspiration and guidance in a world of apparently increasing disorder and conflict.

Societies continuously modify the conventions by which they function and these may be evolutionary or consciously directed.

It is for each generation to discover how the laws expressed in this work may find contemporary relevance.

The present age thirsts for new frontiers of enquiry to bring advancement to the world.

Within The Laws with its wealth of principles there is rich material for such an exploration.

The text is of great interest as a cultural document but will equally find validity as an object of serious consideration for those who have a practical vision for the welfare of mankind.