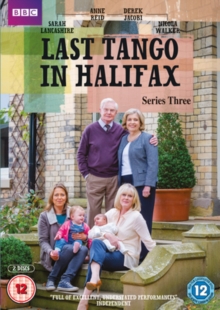 The third series of the BBC drama starring Derek Jacobi and Anne Reid as an ageing man and woman who rediscover the feelings they once had for each other.

In this series, Alan and Celia prepare to embark on the trip of their lives but are stopped by the sudden reappearance of a son Alan never knew existed (Rupert Graves).

Meanwhile, Caroline (Sarah Lancashire) prepares for marriage but tensions between her mother and Alan, surrounding the new revelations, threaten to overshadow the joyous family occasion.