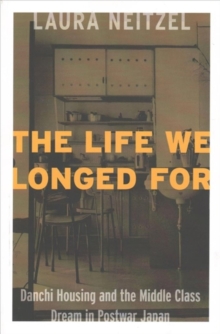 "The Life We Longed For" : Danchi Housing and the Middle Class Dream in Postwar Japan Paperback / softback

Due to their modern designs and the well-documented lifestyles of their inhabitants, the danchi quickly entered the social imagination as a "life to long for" and ultimately helped to redefine the parameters of middle-class aspirations after World War II. The book also discusses the extensive critique of danchi life, which warned that the emphasis on "privacy" and rampant consumerism was destructive of traditional family and community values.

Ultimately, the danchi lifestyle served as a powerful "middle-class dream" which shaped the materiality and ideology of postwar everyday life, both for better and for worse. 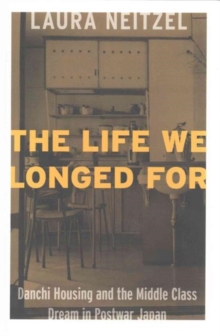 "The Life We Longed For"