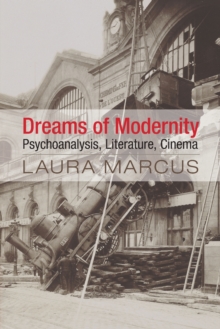 by Laura (University of Oxford) Marcus

Laura Marcus is one of the leading literary critics of modernist literature and culture.

Dreams of Modernity: Psychoanalysis, Literature, Cinema covers the period from around 1880 to 1930, when modernity as a form of social and cultural life fed into the beginnings of modernism as a cultural form.

Railways, cinema, psychoanalysis and the literature of detection - and their impact on modern sensibility - are four of the chief subjects explored.

D., Dorothy Richardson and Virginia Woolf. The overriding themes of this work bear on the understanding of the early twentieth century as a transitional age, thus raising the question of how 'the moderns' understood the conditions of their own modernity.