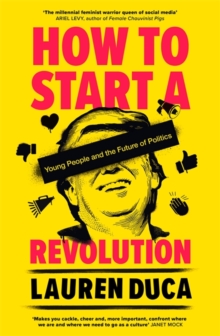 How to Start a Revolution : Young People and the Future of Politics Paperback / softback

IN NOVEMBER 2016, MANY PEOPLE WOKE UP TO A WORLD THEY DIDN'T RECOGNIZE: A NEW PRESIDENT WAS IN POWER.

ALL AT ONCE, EVERYTHING CHANGED. In 2016, Journalist Lauren Duca produced a piece for Teen Vogue titled Donald Trump is Gaslighting America.

It went viral and signaled a shift for millennials from political alienation to political participation.

In How to Start a Revolution, Duca investigates and explains the issues at the root of an ailing political system and reimagines what an equitable democracy would look like.

It begins with young people getting involved. She discusses Alexandria Ocasio-Cortez, the youngest woman ever to be elected to Congress; the schoolchildren and survivors of mass shootings who are advocating for gun control; many young political activists who are founding nonprofit organizations to help inform progressive people as they use their voice in elections.

Throughout, she also draws on her own story as a young woman catapulted to the front lines of the political conversation, navigating this through social media and dealing with sustained attacks from those who disagree with her views. How to Start a Revolution: Young People and the Future of Politics explores how millennials are the key to political change and provides knowledge and tools of how to make the most of a political awakening. 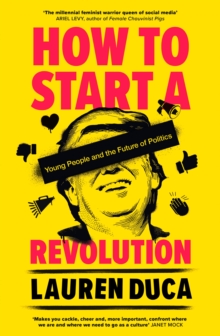 How to Start a Revolution