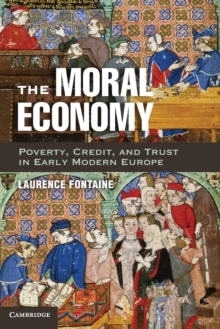 The Moral Economy examines the nexus of poverty, credit, and trust in early modern Europe.

It starts with an examination of poverty, the need for credit, and the lending practices of different social groups.

It then reconstructs the battles between the Churches and the State around the ban on usury, and analyzes the institutions created to eradicate usury and the informal petty financial economy that developed as a result.

Laurence Fontaine unpacks the values that structured these lending practices, namely, the two competing cultures of credit that coexisted, fought, and sometimes merged: the vibrant aristocratic culture and the capitalistic merchant culture.

More broadly, Fontaine shows how economic trust between individuals was constructed in the early modern world.

By creating a dialogue between past and present, and contrasting their definitions of poverty, the role of the market, and the mechanisms of microcredit, Fontaine draws attention to the necessity of recognizing the different values that coexist in diverse political economies.