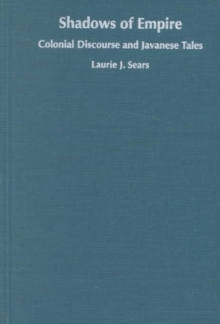 Shadows of Empire explores Javanese shadow theater as a staging area for negotiations between colonial power and indigenous traditions.

Charting the shifting boundaries between myth and history in Javanese Mahabharata and Ramayana tales, Laurie J.

Sears reveals what happens when these stories move from village performances and palace manuscripts into colonial texts and nationalist journals and, most recently, comic books and novels.

Historical, anthropological, and literary in its method and insight, this work offers a dramatic reassessment of both Javanese literary/theatrical production and Dutch scholarship on Southeast Asia. Though Javanese shadow theater (wayang) has existed for hundreds of years, our knowledge of its history, performance practice, and role in Javanese society only begins with Dutch documentation and interpretation in the nineteenth century.

Analyzing the Mahabharata and Ramayana tales in relation to court poetry, Islamic faith, Dutch scholarship, and nationalist journals, Sears shows how the shadow theater as we know it today must be understood as a hybrid of Javanese and Dutch ideas and interests, inseparable from a particular colonial moment.

In doing so, she contributes to a re-envisioning of European histories that acknowledges the influence of Asian, African, and New World cultures on European thought-and to a rewriting of colonial and postcolonial Javanese histories that questions the boundaries and content of history and story, myth and allegory, colonialism and culture. Shadows of Empire will appeal not only to specialists in Javanese culture and historians of Indonesia, but also to a wide range of scholars in the areas of performance and literature, anthropology, Southeast Asian studies, and postcolonial studies. 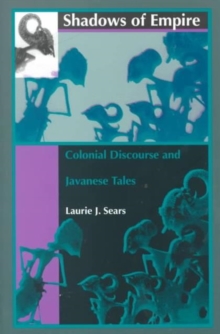 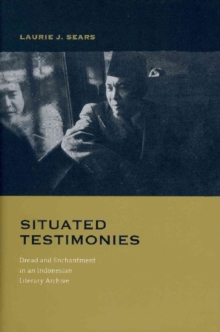