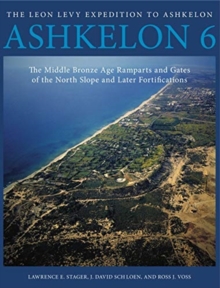 Ashkelon 6 : The Middle Bronze Age Ramparts and Gates of the North Slope and Later Fortifications Hardback

The Leon Levy Expedition to Ashkelon continues its final report series with a study of the fortifications of the North Slope.

From the first gate and rampart in the Middle Bronze Age through mud-brick towers from the Iron Age, these defenses are evidence of how the seaport of Ashkelon was both a political force in the southern Levant and an economic power in the eastern Mediterranean.

This volume includes the monumental mud-brick gate of Ashkelon, the shrine of the silver calf, and towers from the time of the Philistines.

Since each ancient fortification phase was also a massive earth-moving project, the detritus of the entire city found its way to the North Slope.

Within the extensive fill, excavators uncovered indications of connections with Crete, Cyprus, Lebanon, and Egypt, while also collecting evidence of local Bronze Age agriculture and animal husbandry in an urban center. An indispensable resource for scholars interested in the history of the Bronze Age in the eastern Mediterranean, Ashkelon 6 spans twenty-five chapters with more than 500 full-color pages and a number of foldout plans.

The architecture, stratigraphy, pottery, and other finds are presented in detail, shedding new light on this important period in the history of ancient Canaan. 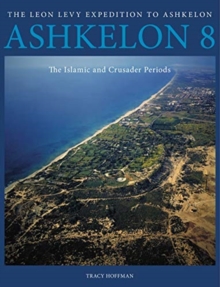