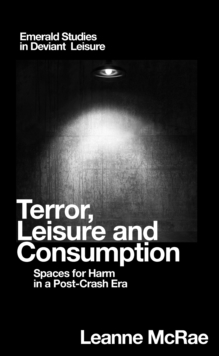 Terror, Leisure and Consumption : Spaces for Harm in a Post-Crash Era Paperback / softback

Part of the Emerald Studies in Deviant Leisure series

This book uses a series of narrowly defined case studies from the 'wave of terror across Europe' to rethink the relationships between harm, crime, deviance, leisure and capitalism.

It argues that these events enter into the accelerated media landscape as exemplars of contemporary terror because they re-code leisure spaces into spaces of and for harm.

This re-coding is permissible due to the crises of the post-crash era which have seen a decline in work-as-harm due to the collapse of the structures of capitalism that support labour exchange.

Instead, we have moved into an era where the corrosion of capitalism has enacted a series of violent exchanges between 'East' and 'West', employed and unemployed, consumers and terrorists, criminals and prosecutors, leisure and work.

This book focuses on attacks on the Bataclan Theatre and Stade de France in Paris, the German Christmas Market van attack in Berlin, the Reina Nightclub shooting in Istanbul, the Stockholm lorry attack, the bombing of the Ariana Grande Concert in Manchester and knife attacks on London Bridge.

In these case studies, terrorists target leisured spaces and create synergetic narratives of harm that are mobilised via the media to dialogue with the corrosions and violences of capitalism that percolate through the global landscape.

Also in the Emerald Studies in Deviant Leisure series 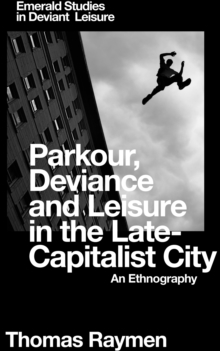 Parkour, Deviance and Leisure in the...