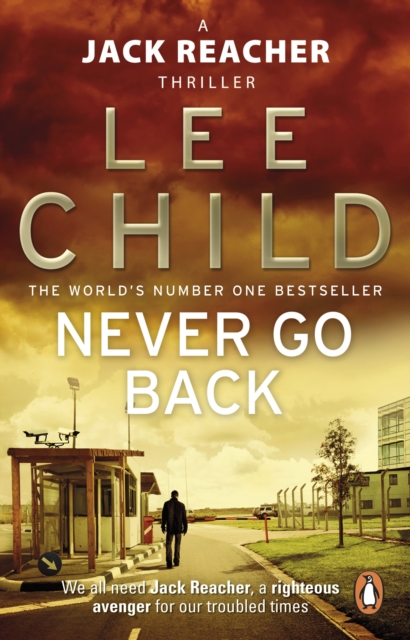 'FAST-PACED, TAUT AND PUNCHY' Sunday TimesAfter an epic and interrupted journey all the way from the snows of South Dakota, Jack Reacher has finally made it to Virginia.

His destination, the closest thing to a home he ever had: the headquarters of his old unit, the 110th Military Police. Why? He wants to meet the new commanding officer, Major Susan Turner.

He liked her voice on the phone. But now he's arrived, she's disappeared, and things are getting weird. Accused of a sixteen-year-old homicide and co-opted back into the army, Reacher says nothing. But he's sure as hell thinking of a way out. 'One of Reacher's best...a must' Daily Express_________Although the Jack Reacher novels can be read in any order, Never Go Back follows on directly from the end of A Wanted Man. And be sure not to miss Reacher's newest adventure, no.26, Better off Dead! ***OUT NOW***