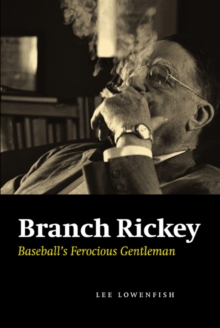 He was not much of a player and not much more of a manager, but by the time Branch Rickey (1881-1965) finished with baseball, he had revolutionized the sport-not just once but three times.

In this definitive biography of Rickey-the man sportswriters dubbed "The Brain," "The Mahatma," and, on occasion, "El Cheapo"-Lee Lowenfish tells the full and colorful story of a life that forever changed the face of America's game.

As the mastermind behind the Saint Louis Cardinals from 1917 to 1942, Rickey created the farm system, which allowed small-market clubs to compete with the rich and powerful.

Under his direction in the 1940s, the Brooklyn Dodgers became truly the first "America's team." By signing Jackie Robinson and other black players, he single-handedly thrust baseball into the forefront of the civil rights movement.

Lowenfish evokes the peculiarly American complex of God, family, and baseball that informed Rickey's actions and his accomplishments.

His book offers an intriguing, richly detailed portrait of a man whose life is itself a crucial chapter in the history of American business, sport, and society. 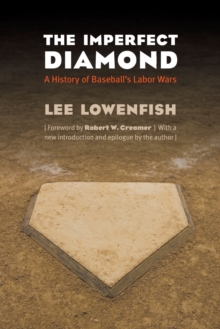