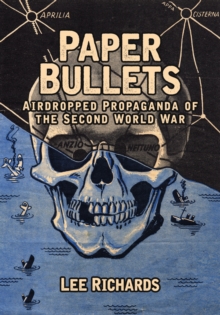 On the first night of the Second World War the Royal Air Force flew a mission to drop more than five million leaflets over the industrial heartland of Germany.

The leaflets called upon the German people to throw out the Nazis and make peace.

This was the beginning of what aircrew would know as 'Nickel' operations, the dropping of propaganda leaflets across Germany and Occupied Europe. These early leaflets were crude in design and naive in content but as the war progressed they developed into a sophisticated psychological warfare campaign.

Germans were shown the futility of their war; they could never overwhelm the combined might of the Allies.

Enemy soldiers were persuaded to surrender or desert, and the people of occupied countries were given messages of hope and a spirit of resistance was instilled. Over time the quality of the leaflets improved. They were printed in full colour and richly illustrated with photographs, maps, diagrams and cartoons.

The leaflets were supplemented with miniature newspapers, pamphlets and sheets of stickers.