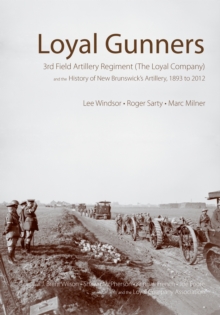 Loyal Gunners uniquely encapsulates the experience of Canadian militia gunners and their units into a single compelling narrative that centres on the artillery units of New Brunswick.

The story of those units is a profoundly Canadian story: one of dedication and sacrifice in service of great guns and of Canada.

The 3rd Field Regiment (The Loyal Company), Royal Canadian Artillery, is Canada's oldest artillery unit, dating to the founding of the Loyal Company in Saint John in 1793.

Since its centennial in 1893, 3rd Field--in various permutations of medium, coastal, and anti-aircraft artillery--has formed the core of New Brunswick's militia artillery, and it has endured into the twenty-first century as the last remaining artillery unit in the province.

It also tells a universal story of survival as it chronicles the fortunes of New Brunswick militia units through the darkest days of the Cold War, when conventional armed forces were entirely out of favour.

Loyal Gunners traces the rise and fall of artillery batteries in New Brunswick as the nature of modern war evolved.

From the Great War to Afghanistan it provides the most comprehensive account to date of Canada's gunners. 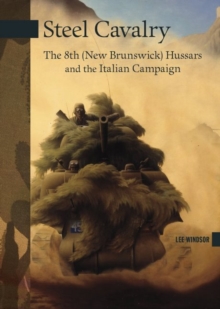