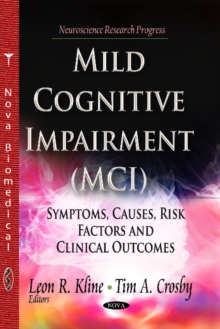 In this book, the authors discuss the symptoms, causes, risk factors and clinical outcomes of MCI.