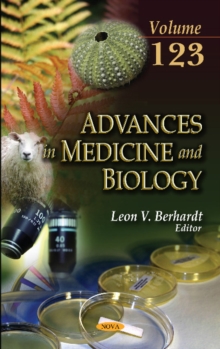 Chapter Two gives an overview of microbial responses against chloramphenicol, with special focus on mechanisms of resistance.

It is a drug well known for its long duration of activity, rapid onset of action, and minimal potential of drug interactions.

Chapter Four outlines and discusses the changes in perforin expression in a human NK cell line exposed continuously to asbestos fibers, as well as that of CTLs freshly isolated from asbestos-exposed patients with pleural plaque or mesothelioma, and examines changes in these cells following in vitro stimulation with phorbol 12-myristate 13-acetate (PMA) and ionomycin.

Chapter Five shows the peptide TNIIIA2 has an ability to hyper-stimulate PDGF-dependent proliferation of NIH3T3 cells by activating integrin alpha5/beta1.

Chapter Six discusses the history of cholangiography, compares it to newer techniques, and explores the therapeutic options for abnormal findings.

Chapter Seven considers the advantages and pitfalls of fluorescence cholangiography in open and laparoscopic hepatobiliary surgery.

Chapter Eight reviews Prior ipsilateral thyroid surgery (PITS), which has habitually been considered a contraindication for minimally invasive parathyroidectomy (MIP) in patients with primary hyperparathyroidism (PHPT).

The final chapter focuses on child abuse in a clinical context, and suggests that in all forms of child abuse, there should be a clear separation between clinical care of the child and forensic and criminal investigations.