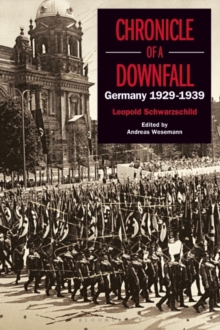 Few figures of interwar Germany were as influential as Leopold Schwarzschild, the brilliant editor of the liberal magazine 'Das Tage-Buch'.

In the uncertain years of the Weimar Republic, Schwarzschild became famous for his perceptive political analyses and critique of the economic policies of successive governments in the twilight of Germany's first experiment with democracy.

When he was forced to emigrate in 1933, following Hitler's rise to power, he pursued his analysis of developments in Germany from Paris, where he resumed publication of his journal under the new name 'Das Neue Tage-Buch', while also mounting a furious attack on the European powers taken by surprise by the Nazi ascendancy. 'One thing is already beyond question today...', he wrote in the spring of 1933, '...part of the new era is an unremitting descent into some kind of military conflagration'.

Winston Churchill, a great admirer of Schwarzschild, made one of his later books required reading for the War Cabinet, yet his campaigning journalism has never before appeared in English. In bringing his writings to an English-speaking readership, Chronicle of a Downfall will restore Leopold Schwarzschild to his rightful place as one of the most poignant chroniclers of the fall of German democracy and the descent of Europe into World War II. 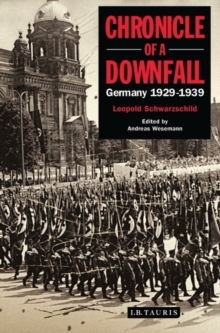 Chronicle of a Downfall