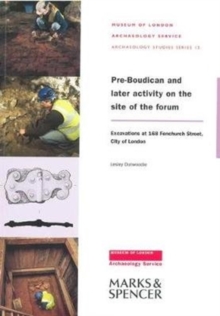 New evidence of Londinium's pre-Boudican origins and its first and second fora has been found at a site on Cornhill.

In the AD 50s commercial or military storage buildings were established, including a granary, with a marketplace or open public area to the west. The Boudican fire and its aftermath were followed by construction of the south wing of the first forum in the AD 70s.

The foundations of the much larger second forum and basilica, built in AD 100-30, were recorded across the site, with late Roman activity post-dating its demolition.

Early medieval robbing of Roman walls may have been associated with the construction of St Dionis Backchurch.